Home News 6 Criterias To Join With The Tanzanian Army (JWTZ)

6 Criterias To Join With The Tanzanian Army (JWTZ) 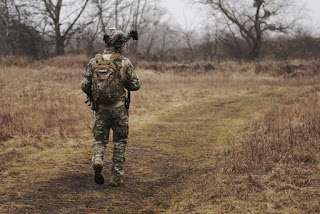 The Tanzanian Army (JWTZ) was established on 01 September 1964 with a view to protecting the independence of the country and the borders of the United Republic of Tanzania. In addition to this purpose, other basic functions of JWTZ include;


Many young people have been wishing to join JWTZ but they do not know the right way to go through to be able to achieve their dreams when the situation leads to a lot of potatoes. The suppliers use the people 's perception of how to join JWTZ to seduce them saying they can help them.

Besides, the young people are also unaware of the qualities of a person who can be accepted to join JWTZ. Many are disappointed when they believe that they do not have the qualifications to do so, and others are being denied being helped or not qualified to join JWTZ.

There are 6 main features that anyone can fulfill will be registered. The enrollment to join the Tanzania Defense Forces (JWTZ) for the following attributes:

The Officers Selection Board (Officials) appoints the Officers of the Sixth Form of Education and continue from the Military and Recruitment Schools. The winners are given the status of an official Officer, and is taken to Tanzania Military Academy for a one-year training course.