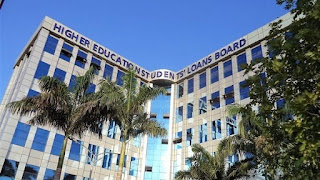 The number of benefitting students will be increased by 4.5 percent from  fiscal 2018/19 where 45,485 will be first year students, recording a 1.3 percent rise from last year’s record of 41,234 newcomers.
Tabling committee views on the budget estimates, the deputy chairman of the Parliamentary Committee on Social Services and Community Development, Juma Nkamia requested the government to timely disburse money allocated for the ministry’s development budget.

“The committee urges the government to give the 2018/2019 development budget allocation to the ministry before the financial year ends,” he said, advising the government to choose a few key project areas instead of budgeting widely while in reality there is no money.source msesetz

Similar sentiments were echoed by the official opposition in the speech by the shadow minister for Education, Science and Technology, Susan Lyimo.

“The opposition camp has been saddened by the fact that the ministry’s development budget has not been slotted from internal sources, leaving it at the mercy of donors,” she asserted.