Procedures To Follow After Sacked From Job | Job Tips 2019- Msesetz.com 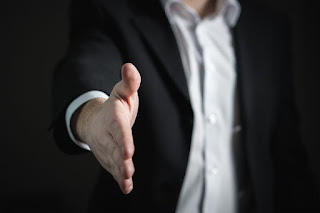 In addition to the formalization of the legal process, it is possible for the employer to see himself or herself to do anything, decide to discontinue it for personal reasons.  For example, the employer may have heard of HIV / AIDS and decided to dismiss it for other reasons.  But it can also happen with the dismissal of errors that you know is true, the procedures for doing so are not followed.

Verify Information: Therefore, the first step after being officially sacked by satisfied that the valid legal process has been followed in the termination of the work.  Here are two things.  First, the employer is obliged to prove that there is an error and has enough weight to justify termination.

The key thing is that even if you have done an error, the employer is obliged to, in accordance with the law, make an effort to correct your discipline by counseling and advice.  Warning aims to help you understand that when you make such a mistake you can take further disciplinary action.  It should be noted that the employer is obliged to inform employees of disciplinary policies in their workplace.

According to this Act, when an employee commits an offense to an employer when there is a need for counseling, then the employer is obliged to issue a competent prosecutor's letter written in the language in which the employee understands.  Then the employee will be given sufficient time (not less than 24 hours) to prepare the defense.  In exercising this right to be heard, an employee may defend himself with the support of trade unions or a colleague.

In the case of displacement due to poor performance, such a procedure will be developed unless the employer will be required to enable the employee to learn the work before taking any action.  Similarly, when an employee has been discharged from an illness or has been detected he cannot resume his or her work for the disease, the employer will need to be guided by the doctor's opinion.