5 Things should not do while driving automatic transmission car 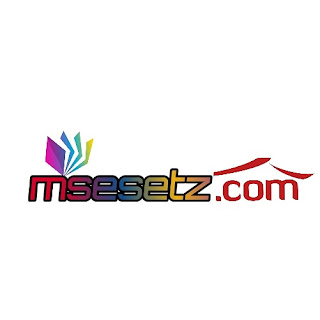 Every day technology grows dramatically and has had many benefits for mankind.  The growth of technology has made it easier to do things difficult.  This has contributed to the reduction of the time and energy that was previously used in doing the same with great power.

In terms of cars, technology has enabled many people to easily access their operations as the current ‘automatic’ cars have been simplified differently by ’manual yal vehicles that have caused many people, especially women.

There is a very different interaction between these ‘automatic’ cars and ‘manual’.  These ’automatic’ cars are very easy to operate because most of the system's performance is quite modern and they operate themselves.  But there are some basic things to do when you drive these cars to increase the life of the gear box (Transmission Box).

1.Do not park your car without parking Brake (hand brake)
Often the drivers have been parking their cars by placing the leaver gear on P, without having to park Brake (most we know as a hand brake).  If you are one of them please stop doing this because ‘Parking Pawl’, a barrier that stops the car when it is installed on the Park is very little and not made for that work.  So if someone hits your little car it is more likely that your car will start walking if you were out.  Also a piece of broken Pawl Parking can cause great problems in your gear box.

3.Make sure the engine gets enough heat before starting your car
If you have exhausted your vehicle for a long time it is best to leave it for a while after it has turned it on so that the engine can get enough heat and make all the fluids in the car scattered and arrive at the appropriate location.

This will make your car stay longer and will reduce the price of regular adjustments.

4. Do not put neutral ‘N’ when you are in the queue.  Most automobile motorists have had a concept of neutral ‘N’ when they stand in queues or in additional traffic lights, thinking that they save the fuel level.

Normally ’automati’c vehicles are designed in such a way that they save large amounts of fuel.  So you leave the gear ‘D’ does not use more fuel.

When the car is in ‘neutral’ the rotation of the engine decreases, so the lights allow either the queue to start walking with the driver set the Drive gear ‘D’ the car is lacking in the fuel level in the engine.  It is similar to awakening someone to sleep and commanding him to flee immediately.

5. Do not switch gear when the car's engine is huge:
Most drivers have had the habit of switching gear from Drive D to neutral ‘N’ when they are on the slope with the aim of saving the fuel level.

This is very dangerous because it makes the driver unable to withstand the vehicle correctly.  Also switch gear when your car's engine is sharp is a bad thing because it will lead to kwa clutch plates ’within‘ gear box ’and bring you problems later.

If you know other things that a person does not have to do while driving, you can write in the comments box below, so many people can learn and save their lives and their loved ones.