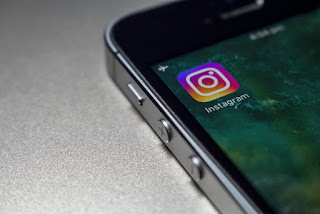 Instagram is clearly the place to be for influencer marketing in 2019. As we saw in our The State of Influencer Marketing 2019:  Instagram usage has grown in Tanzania over the last years. It exceeded many daily users in Tanzania. But who are the greatest Instagram influencers in 2019 at Tanzania? While we can’ tell the exact amount of influence that each of these accounts has, we list accounts with the most followers in Tanzania.

In recent years, Diamond has become a favorite musician all over Africa and he has been able to get an international recognition by collecting many awards. Having love affairs with female superstars such as Penny, Wema Sepetu and  Zari, Hamisa and now Tanasha Donna, makes his social life interesting not to mention the way music enthusiastic compare him to King Ali Kiba.

He is a Radio presenter at Clouds FM not to mention the fact that he is among of the successive bloggers in Tanzania. He runs a famous Radio Show called “Count Down ocf Amplifayna Millard Ayo” but also he owns a blog which is a number one information provider in Tanzania. Being the number one online  information provider is what makes him famous not to mention the show that he is running via Clouds FM.

She is a star musician in Tanzania. She has been nominated in international awards such as MTV Mama for three years consecutively, which makes her one of the outstanding female musicians in Africa. She is currently dating a fellow musician called Jux.

Now she is kisarawe district commissioners. She also was a model and a business woman owning a fashion company called Kidoti. She was Miss Tanzania runner up in 2006 behind Wema Sepetu. She once had love affairs with Diamond Platnumz and Ali Kiba respectively and for that, people started to follow her attentively.

She is a popular and favorite Bongo Movie actress. She is recently in love with Harmonize, one of the fast growing musicians under WCB Music Label owned by Diamond Platnumz. You can simply say that, dating Harmonize is what makes people find her interesting nowadays.