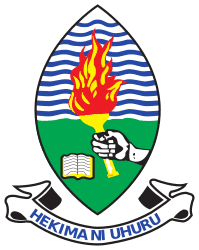 The newly established college started as the University of Dar es Salaam School of Health Sciences(SOHS) at the Mlimani campus,then in 2017 relocated to Mbeya region as Mbeya College of Health and Allied Sciences(MCHAS) within the grounds of Mbeya zonal referral hospital.

The main campus, called Mlimani (meaning "on the hill" in Swahili), is located 13 kilometres west of Dar es Salaam city centre and is home to the basic faculties of education, arts and social science, and science. In addition, four specialist faculties – informatics and virtual education, law, commerce and management, and aquatic science and technology – have been established there. The Institute of Journalism and Mass Communication provides the university with its fifth campus.[8] The Nkrumah Hall, a building on the Mlimani campus, is featured on the back of the Tanzanian 500 shilling bill.
DOWNLOAD PDF HERE LIST SELECTED STUDENTS.

I am ali muhiddin ali, i got division 1.9, i have been confirmed in udsm but i didnt get the course that i prefer most , i need civil engineering. And you chose me fo telecommunication engineering, i ask for changing the course please.
My contant: 0779378664/0692641235