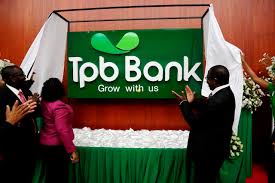 13 Job Opportunities At Tanzania Postal Bank Plc, Ajira Za Bank, TPB Bank PLC, Ajira Mpya, Nafasi za Kazi TPB BANK PLC
The Tanzania Postal Bank Plc. is a licensed commercial bank in Tanzania and one has the roots of one of the oldest banking institutions in the country.[2] The bank traces its roots to the Tanganyika Post office Savings Bank, which then formed an entirely independent entity from the Tanzania Posts Corporation.[3] In 2017 the bank aimed to list itself on the Dar es Salaam Stock Exchange and officially transformed into a Public limited company.