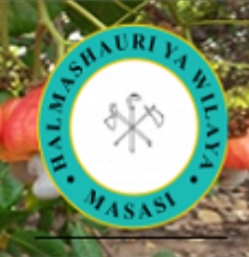 Ajira Za Uchaguzi, Masasi Jobs, 956 Temporary Jobs At Masasi District Council For Voter Registration, Ajira Za Uchaguzi Masasi
Masasi is one of the six districts of the Mtwara Region of Tanzania. It is bordered to the north by the Lindi Region, to the east by the Newala District, to the south by the Ruvuma River and Mozambique and to the west by Nanyumbu District.

The district lies between 100 and 200 degrees south of the Equator and 360 and 380 degrees east of Greenwich. The district shares a border with Nachingwea and Ruangwa Districts to the North, Lindi and Newala Districts to the east, Ruvuma River to the south and Nanyumbu district to the West. The council’s headquarters is situated 210 kilometers west of Mtwara Municipality which is the regional headquarters.

The Masasi district council is also surrounding a new Masasi town council which started its operations in July 2012. The council has five administrative divisions, 23 wards and 159 villages and 864 hamlets. It has a total area of 3,829.9 sq km, and the physical size is 20.8% of the whole region. Administratively Masasi is divided into two constituencies, Masasi and Lulindi. The council has a total of 31 councilors; 22 are male and 9 are female.