Three Ways To be More Masculine 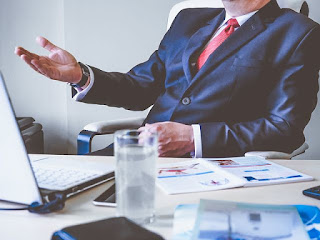 Part of being able to give your partner
amazing orgasms is knowing how to be a
masculine man.

Women DESIRE being submissive to a dominant masculine man, they can't help it, it's in their DNA.

In my experience nothing turns on a woman
more in the bedroom than giving herself to a dominant masculine man who knows exactly what to do with her body.

There's no shame in reading something abouthow to be more masculine. Most "men" these days really aren't acting like men and never bother to learn how to become men.

Why is this? Because too many of us assume
that we're men because our bodies have grown all big and hairy. Okay, good start. But
being genuinely masculine (in the way that
will drive women crazy), requires a change
in more than just your body.

This is a change that more and more men
these days are missing out on completely.
This is great for guys like you who have the
guts to learn what you're about to learn.

Let's start with the most important way to
be more masculine.

Men who have the power to reach quick and
definite decisions seldom find themselves in
positions of weakness or submission. Think
about it, the majority of people have trouble making decisions and fall into the habit of indecision...also known as procrastination.

Procrastinators are never in positions of
power and authority, and power is the very
thing which makes a man appear masculine.
The longer you put something off, the more
room you leave for a more decisive and
dominant male to take charge, and they will.  Since most people have a hard time making decisions, they will choose to follow the man who is firm and quick in his decision making.

Just think about all of the great leaders of
history and the level of attraction many of
them were able to achieve with women. All of them were firm decision makers, and inspired people to follow them because of it. If you want to become more masculine, firmness of decision is the best place to start...

Do you depend on other people to take care
of things that you should be responsible
for? Do you sometimes default the choices of
where to go and what to do to your woman? If so, you can bet that you aren't communicating your masculine dominance. And if you aren't doing that, you are never going to meet a woman's need for safety.

Translation, she'll never be 100% satisfied
in the relationship and you'll leave the
door open for her to stray.  After you get
done with this email, sit down and make a
list of all the areas in your life where
you're handing responsibility over to
someone else.  Then, take control and start
building self-reliance.

This might include putting your foot down
when it comes to being dominated by women.
In spite of what you might think, this is
actually what women want. They only attempt to dominate a man to test his masculinity and find out if he's man enough to be her leader and defender.

There's so much talk these days about
telling the truth with words, but not nearly
enough talk about telling the truth in your
actions. What does this mean? It means
backing your words up with actions.  When
you say that you're going to do something,
do it...or else don't make the commitment.
When you commit to be somewhere or to call someone, follow through.

If you say that you want to get in shape,
start taking control of your financial life
or your career...do it.

In fact, whenever possible it's better to
keep your mouth shut and tell the truth ONLY in actions.  Believe me, people will take notice....especially women.  Men who tell the truth in their actions communicate a
powerful confidence and masculinity which is irresistible to women.

This is the stuff that leaders are made of,
and you can bet that women go crazy over men who are natural leaders of others.

Write these three things down, put them on
your refrigerator and make a lifetime
commitment to getting them in order.