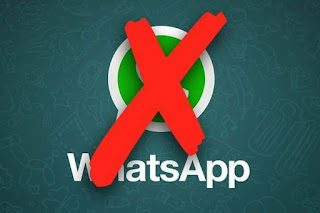 Whatsapp is one of the most widely used social media app around the world. A day without using it feels like "What have I missed today?". But sorry to say this, there are certain phones on which you won't be able to access Whatsapp from next year.
There is a list of phones in which the messaging app will not be supported. If you are an iPhone user, then also you are on the list.

Whatsapp will work only on these devices

Phones that no longer will support Whatsapp